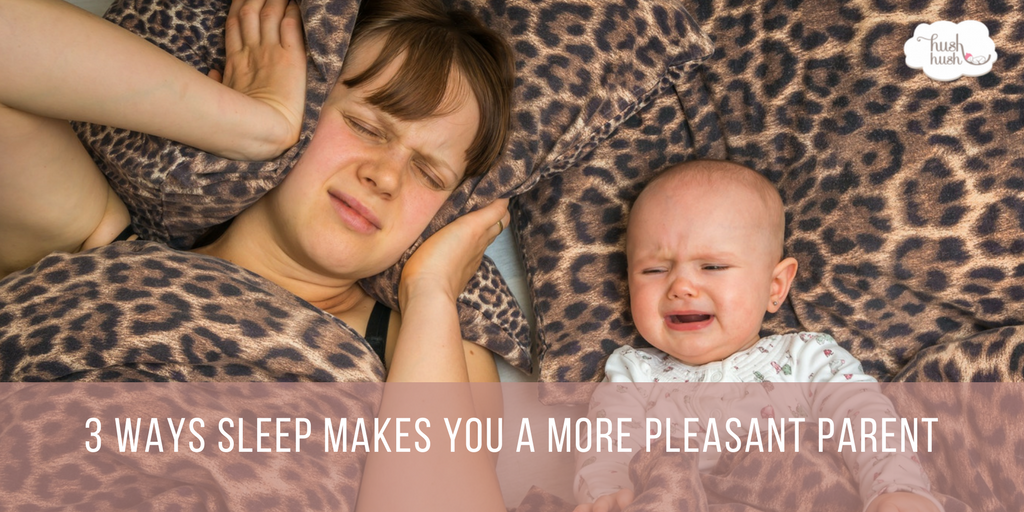 It’s no secret that the first few months after having a baby drastically alters your sleep patterns. Even those who are technically sleeping for the recommended amount of time are typically being awakened much more frequently. According to an article from NPR, “research links insufficient sleep to various health problems and to irritability, higher stress levels, and reduced patience, all of which can be dangerous for an infant if the parent is severely sleep-deprived. For those with a history of mental illness, sleep deprivation can cause relapses.” Additionally, an Australian study of new moms found that many were still exhausted even after four months. Continue reading for three ways sleep can make you a more pleasant parent.

While it may not happen all at once, sleep deprivation can contribute to symptoms of depression. Numerous studies have been done that have linked lack of sleep with depression. In fact, according to a 2005 Sleep in America poll, those diagnosed with depression or anxiety were significantly more likely to be sleeping less than six hours per night. Lack of sleep can also deepen existing depression. It can be exceedingly challenging to be a pleasant parent when you are battling against depression. Unfortunately, the lack of sleep tends to worsen depression and depression tends to lead to sleeplessness. The good news is that if you can improve your sleep than your depression is likely to improve as well.

It is well known that sleep plays a crucial role in both thinking and learning. Therefore, it stands to reason that a lack of sleep would hurt them as well. However, most parents are unaware of the extent their cognition is impacted by the disruption of their sleep schedule. It can impair attention, alertness, concentration, reasoning, and problem solving. These difficulties can make it much harder to navigate the day and often lead to frustration that can make you a less than pleasant parent to be around.

One of the most unfortunate side effects of sleeplessness is creating stress within the parental relationship. In the NPR article referenced above, studies showed that when male-female couples were sleep deprived after having a baby that moms thought their partners were getting more sleep than they actually were and dads thought their partners were moodier. The bottom line is that parental relationships can suffer due perceptions that are a result of sleep deprivation.

One excellent way to be the most pleasant parent you can be is to utilize the newborn care services provided by Hush Hush Little Baby.