No, It’s Fine to Call Me a Mompreneur 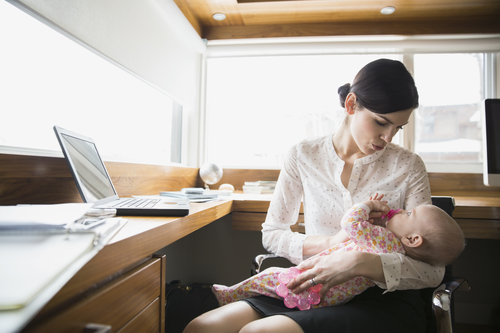 Last week, Aly Saxe wrote an article to argue against using the term Mompreneur as a way of describing Moms who are entrepreneurs. Since we’ve officially run out of reasons to get offended, Saxe argues that the term implies she’s somehow less of an entrepreneur because it’s a selective category. She couldn’t be further from the truth.

First, there’s nothing pejorative about being called a mompreneur. It’s a powerful statement that announces to women that it’s entirely possible to be a mom AND an entrepreneur. As much as I find it to be a point of pride, let’s be real. The only people that actually use the term are mompreneurs and people marketing to mompreneurs. If someone wants to write an article about managing a business while managing a family, I’m more than interested and would love to read it in the Mompreneur section of Entrepreneur magazine.

As the owner of a newborn care agency, I want mothers to know I understand their feelings and concerns. The fact that I’m a mom helps clients better understand and identify with me. However, even industries without a client base of mothers should still embrace the mompreneur label. It lets customers know that in addition to being ambitious, we’re also caring. Just think to yourself what words the average person associates with the word mother and decide if you want those feelings associated with your business.

It’s important to note that while men largely dominate the tech industry, most start-ups aren’t created by fathers. Mark Zuckerberg didn’t create Facebook in between changing diapers and Peter Thiel didn’t found Paypal while driving his kids to soccer practice. Young entrepreneurs without children obviously have an advantage when it comes to time. Instead of complaining about the negative aspects of building a business while juggling maternal responsibilities, focus on the advantages of being a mom in the world of business. Mompreneurs have an intrinsic sense of trust and a network that most founders could only dream of. We’re also part of a huge consumer demographic that handles an increasing portion of the household budget. If anyone can understand how to market to a working mother between the ages of 25 to 35, it’s a mompreneur.

Most of us became entrepreneurs because we wanted to control of our own opportunity for success. With that comes the freedom to decide how you want to define your brand. If you don’t want to be called a mompreneur, that’s fine, but don’t knock those that embrace it. When someone calls me a mompreneur, it reminds me of my true priority in life. While I might commit my heart, soul, and time to my business, it will always come second to my family. I want my clients to know this because quite frankly, I wouldn’t want to do business with anyone that doesn’t share that same belief.