The Basics of Newborn Sight 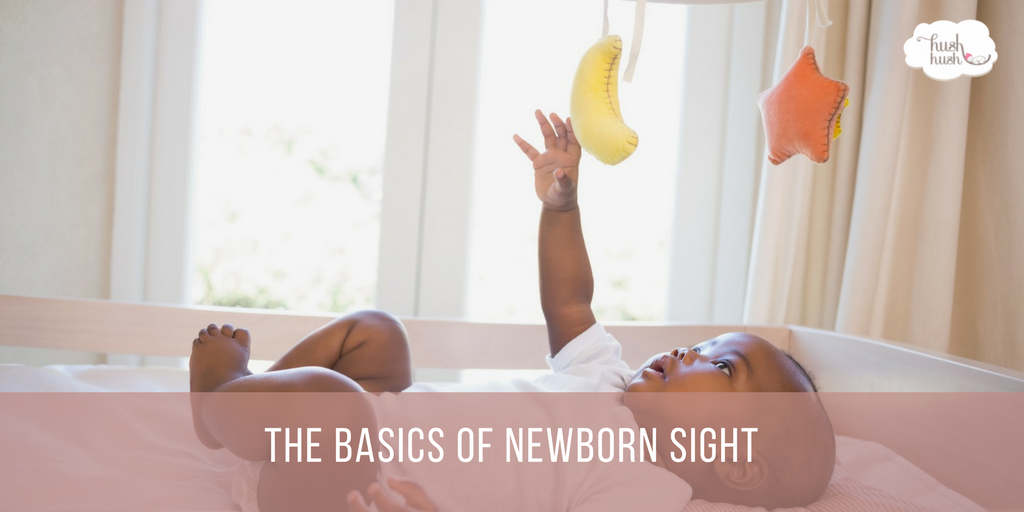 Many new parents are unaware that newborn babies don’t see well. In fact, most babies are unable to see more than your face when you are holding them. So how do a child’s eyes develop from birth up to one year? Below, you will find information on the basics of newborn sight as well as information on developmental milestones related to sight.

During the earliest stage of life, newborn sight is limited to focusing on objects that are more than 8-10 inches away from their face. From birth to three months, their eyes begin to work together which rapidly improves their vision. Once this happens, hand-eye coordination starts to develop as evidenced by the infant tracking objects with their eyes. By eight weeks, babies can more easily focus their eyes on the face of a person holding them. By the time they reach three months babies should start to track objects with their eyes and reaching for things.

One of the significant developments in newborn sight occurs during the five to eight-month period because they rapidly improve their ability to control their eye movements and eye-body coordination skills improve further. While not a feature of newborn sight, the ability to judge if objects are closer or further (also known as depth perception), at about the fifth month, the eyes are capable of seeing in depth, or in a three-dimensional view. Many babies will start crawling at 7-10 months which further develops hand-eye-foot-body coordination.

By nine to twelve months, babies should be using their eyes and hands together. Around nine months of age, babies will often try to pull themselves up into a standing position. By ten months, grasping objects with their thumb and finger in a pincer grip is quite common. At one year, most babies will be attempting to walk. At this age, children can judge distances fairly well and may be able to throw things with precision.