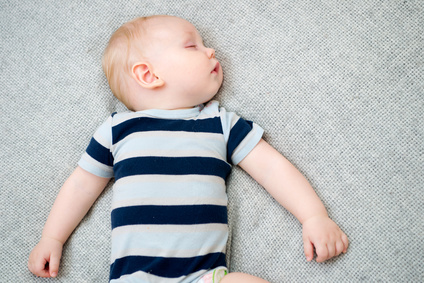 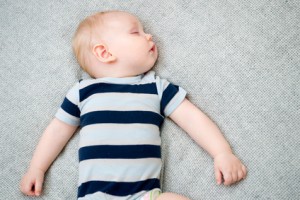 Safe sleep practices and recommendations from the AAP are monitored closely by Hush Little Baby Newborn Care. The AAP released updated sleep guidelines today and plush accessories and elaborate bedding are still out in terms of a baby’s ideal sleep environment. Along with those recommendations placing an infant on their back to sleep, using a firm sleep surface, breastfeeding, routine immunization and using a pacifier are also on the list of recommendations that have been in place for years.

Most parents know and have been education on safe sleep practices. “I think the back-to-sleep message has gotten out loud and clear,” said Rachel Y. Moon, M.D., FAAP, lead author of the statements and chair of the task force. “When you ask parents, almost every parent knows — whether they are doing it or not is a different thing. We have been less successful at getting people to not sleep with their babies and much less successful in getting the soft bedding away from babies.”

What had been discussed is that parents are commonly falling asleep while feeding infants. The AAP has recommended that if a parent is going to feed their infant, the couch is the worst place due to added suffocation risks. While babies should always be placed back in their crib to sleep, they have noted that feeding the baby in bed is better than the couch. The 2016 sleep recommendations are included below in summary and a link to the full report can be found at the bottom of this article.

1. Infants should be placed for sleep in a supine position (wholly on the back) for every sleep by every caregiver until the child reached 1 year of age.

It was noted that “this position does not increase the risk of choking and aspiration even those with gastroesophageal reflux because infants have airway anatomy and mechanisms that protect against aspiration. Elevating the head of the infant’s crib is ineffective in reducing gastroesophageal reflux and is not recommended; in addition, elevating the head of the crib may result in the infant sliding to the foot of the crib into a position that may compromise respiration.”

Once an infant can roll from supine to prone and from prone to supine, the infant can be allowed to remain in the sleep position that he or she assumes.

2. Use a firm sleep surface.

“Sitting devices, such as car seats, strollers, swings, infant carriers, and infant slings, are not recommended for routine sleep in the hospital or at home, particularly for young infants.25–30 Infants who are younger than 4 months are particularly at risk, because they may assume positions that can create a risk of suffocation or airway obstruction or may not be able to move out of a potentially asphyxiating situation. If an infant falls asleep in a sitting device, he or she should be removed from the product and moved to a crib or other appropriate flat surface as soon as is safe and practical.”

“There is insufficient evidence to recommend for or against the use of devices promoted to make bed-sharing “safe.” There is no evidence that these devices reduce the risk of SIDS or suffocation or are safe. Some products designed for in-bed use (in-bed sleepers) are currently under study, but results are not yet available.

Evidence suggests that it is less hazardous to fall asleep with the infant in the adult bed than on a sofa or armchair, should the parent fall asleep. “Couches and armchairs are extremely dangerous places for infants.”

5. Keep soft objects and loose bedding out of the infant’s sleep area.

6. Consider offering a pacifier at naptime and bedtime.

7. Avoid smoke exposure during pregnancy and after birth.

8. Avoid alcohol and illicit drug use during pregnancy and after birth.

“In general, infants should be dressed appropriately for the environment, with no greater than 1 layer more than an adult would wear to be comfortable in that environment. There is currently insufficient evidence to recommend the use of a fan as a SIDS risk-reduction strategy.”

11. Infants should be immunized per the recommended schedule.

12. Avoid using commercial devices that are inconsistent with safe sleep recommendations, such as wedges and positioners.

13. Don’t use home cardiorespiratory monitors as a strategy to reduce SIDS risk.

“The use of cardiorespiratory monitors has not been documented to decrease the incidence of SIDS.100–103 These devices are sometimes prescribed for use at home to detect apnea or bradycardia and, when pulse oximetry is used, decreases in oxyhemoglobin saturation for infants at risk of these conditions. In addition, routine in-hospital cardiorespiratory monitoring before discharge from the hospital has not been shown to detect infants at risk of SIDS. There are no data that other commercial devices that are designed to monitor infant vital signs reduce the risk of SIDS.”

14. Supervised tummy time while the infant is awake can help development and minimize positional plagiocephaly.

15. There is no evidence to recommend swaddling to reduce the risk of SIDS.

“Decisions about swaddling should be made on an individual basis, depending on the physiologic needs of the infant.”

“All physicians, nurses, and other healthcare providers should receive education on safe infant sleep. Health care providers should screen for and recommend safe sleep practices at each visit for infants up to 1-year-old. Families who do not have a safe sleep space for their infant should be provided with information about low-cost or free cribs or play yards.”

17. Media and manufacturers should follow safe sleep guidelines in messaging and advertising.

19. Research and surveillance should continue all risk factors.