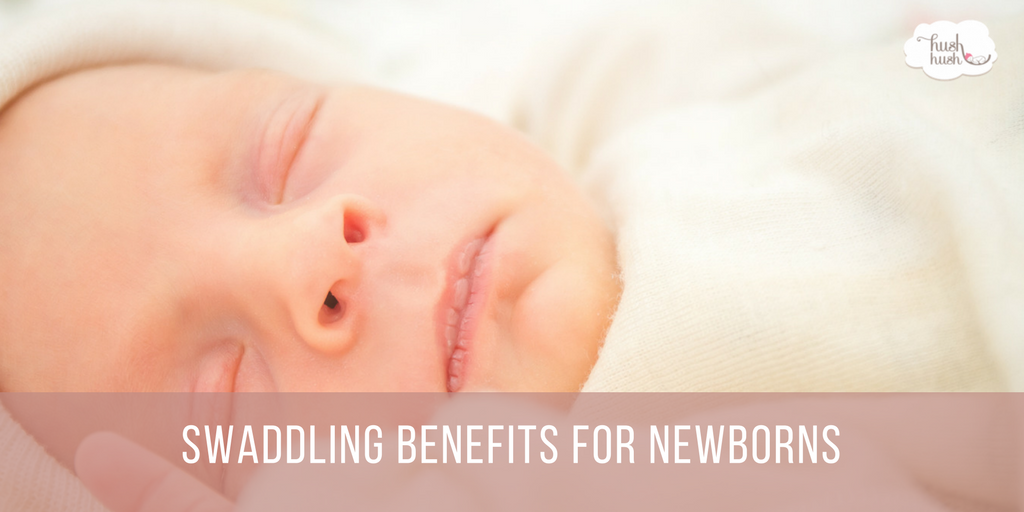 Swaddling is a practice that has been in use around the world for thousands of years. In its simplest form, the method involves using a cloth to wrap a child in a way that their limbs are restricted in movement. So why has it been practiced for such a long time? Continue reading to learn about swaddling benefits for newborns.

One of the major swaddling benefits is that the warmth and restriction that results from wrapping your newborn is the calming effect it has on them. The reason many newborns like being swaddled is because it mimics the conditions of the womb. When they are feeling fussy and unable to settle themselves, placing them into a swaddle often brings them back to a state of tranquility. According to the American Academy of Pediatrics (AAP), when done correctly, swaddling can be an effective technique to help calm infants and promote sleep.

As mentioned, proper swaddling benefits a newborn’s sleep schedule by improving sleep. The calming and soothing nature of the swaddle helps babies drift off to sleep. However, there is another way that a swaddle can be used to assist with better sleep. All newborns have a startle reflex that typically manifests itself through random (and sometimes jerky) movement of the appendages. These gestures can easily awaken a sleeping baby. By restricting their motion, infants sleep longer and sounder because there is nothing to wake them up.

Proper swaddling requires that your newborn is wrapped tightly and left on their back to sleep. Since a newborn sleeping on their stomach is at a higher risk for SIDS, another way swaddling benefits newborns is that it reduces their risk or SIDS. The restriction of their movements is also useful because it limits the probability that a baby will end up on their stomach at some point during their sleep.

Need help with swaddling? Contact us today and let us assist you with all your newborn sleep needs!